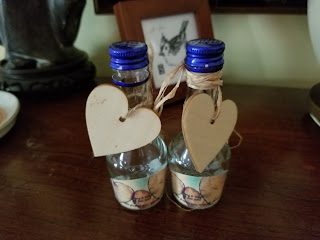 A part of German and other European cultures is enjoyment of a digestif after dinner.  In the Mosel Valley, our hosts' dad always makes a liqueur from his cherry orchard.   Fiery stuff!  Not the least bit sweet.  Little bottles of digestif were favors at a wedding held at a country inn, close to both a dairy farm and giant windmills.

Since cherries are out of season, I suggest something easy, maybe a classic like Cointreau in a brandy sniffer.  Its bittersweet taste can be savored slowly. The traditional way is straight and room temperature for any digestif.   However, you may prefer it over ice.

Touring Europe some more, each region and country has their own digestif preferences.  In France, the digestif of choice is often a brandy, such as Cognac or Armagnac. Called a digestivo in Italy, bitter amaros (Campari)  and sweet grappas and liqueurs like limoncello and nocino are enjoyed.  Frangelico is a pale gold-colored liqueur made of  hazelnuts. It is distilled in the Piedmont region of northern Italy from an alcohol and water infusion of the toasted and crushed nuts.  Spain has a preference for fortified wines like sherry, Madiera, and ports. Also in Germany, you'll find some of the most flavorful digestifs, including the famous Jägermeister.  Check our selection to find a favorite.

Many began as medicinal liqueurs centuries ago. The herbs, spices, and other flavoring ingredients in these elixirs really were designed to calm the stomach or have some other medicinal benefit. It was somewhere around the 18th century that these were brought to the formal dining table. 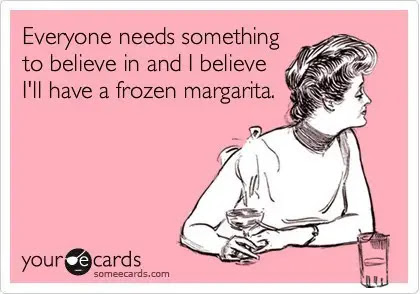 Here are some suggestions for Labor Day and the hot weather sure to follow.

Rub edges of margarita glasses with a lime wedge and dip in kosher salt to coat rims.
Place pina colada concentrate, tequila, pineapple juice, lime juice and ice in a blender pitcher. Cover and blend until smooth. Split into double batches to accommodate the size of your blender pitcher if necessary.
Pour into glasses and serve immediately.
Read more »
Posted by Jan at 10:35 AM No comments: 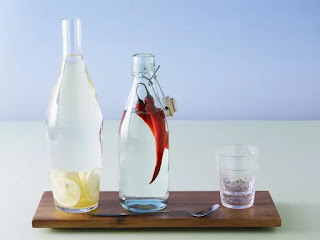 Maybe you have some time on your hands and want to try something new during the growing season.   Here is an overview of possibilities for infusions that may provide inspirations for use of that quarantine bottle of vodka!  "If you're experimenting with a new infusion you may want to use a less expensive bottle so as not to waste money or good liquor. Once you perfect an infusion recipe, you can upgrade the liquor in the next batch."

This recipe calls for dried rose petals.   Be sure to pick blossoms from an old-fashioned rose bush which hasn't been sprayed with pesticides.   They should dry quickly and be ready to use in infusions like Lillet with petals used in martini variation from Liquor.com


Strain into a coupe.

Express the oil from a lemon peel over the drink.

Garnish with a lemon twist made from the peel.

*Dried-rose-infused Lillet: Add 2 cups Lillet Blanc and 1 Tbsp dried rose petals into a jar and seal. Leave in the refrigerator for 24 hours, shaking the jar several times during that time. Strain through a cheesecloth or coffee filter. Keeps, refrigerated, for up to one month. 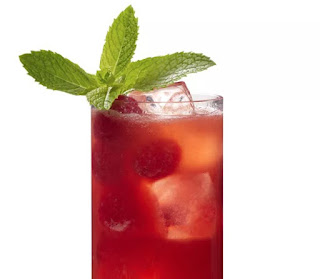 July in Mississippi means the best watermelons are available now and the 4th can bring on melon  cravings. There are scads of delicious drinks featuring the fruit.

Madison Farmers Market is open today and each Tuesday!  It's by the red caboose.

The Spruce suggests this treatment - I think you could get by without the raspberries.

In a cocktail shaker, add the mint leaves, watermelon, and raspberries. Muddle well.

Add the rum, lime juice, and simple syrup, and fill the shaker with ice.

Top with soda and garnish with a sprig of mint.

Tips
To get the most flavor out of your mint, slap the leaves between your palms or tear them slightly before muddling.
Frozen raspberries will work if the fresh fruit is not available—1/4 cup will do. Be sure to let them thaw a little so they can be mashed.
With the abundance of fresh fruits, this mojito will be best with fresh lime juice as well. You should be able to squeeze half a lime directly into the shaker to get the 1/2 ounce needed for the recipe.
Recipe Variations
Pouring an aged or spiced rum will create more of a flavor foundation that can be quite nice.
Use any other lightly flavored soda as an alternative to club soda. Citrus sodas and ginger ales will result in a sweeter drink that's equally refreshing. You could even use a slightly flavored sparkling water, such as La Croix, playing up the fruits if you prefer.
Switch to other seasonal fruits if you like. Use blueberries or strawberries, or go with other melons like cantaloupe or honeydew. 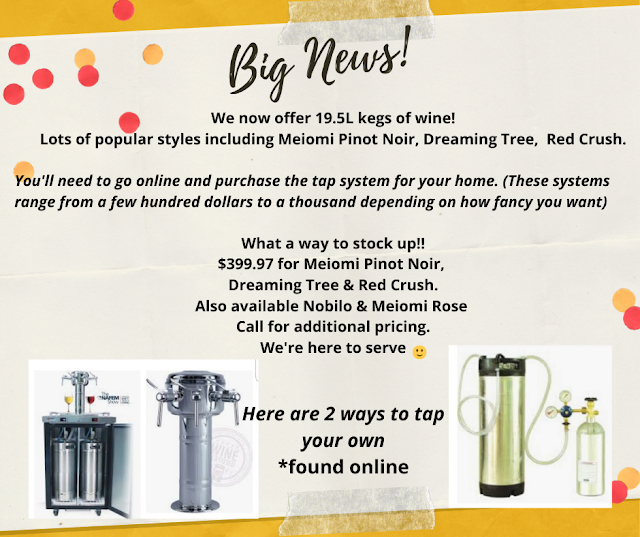 Keep Calm and Drive Through 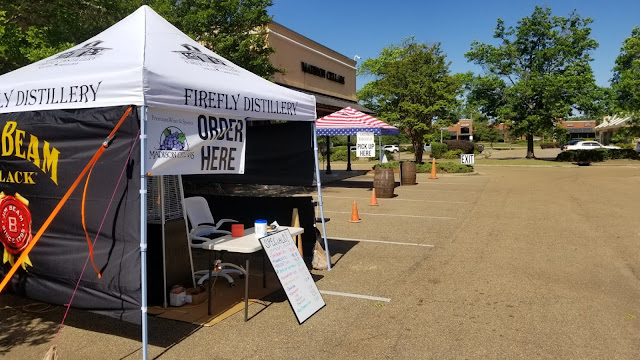 We are open for curbside service.

Please call ahead if possible: 601-856-0931 or 601-853-9463. Please allow 30 minutes. Park in spaces marked with green tape and we will bring to you.
OR
Drive through - We will take your order at the tent and bring it to you there. Follow the orange tape.
Pay with credit card to avoid handling cash please.
No checks over $25 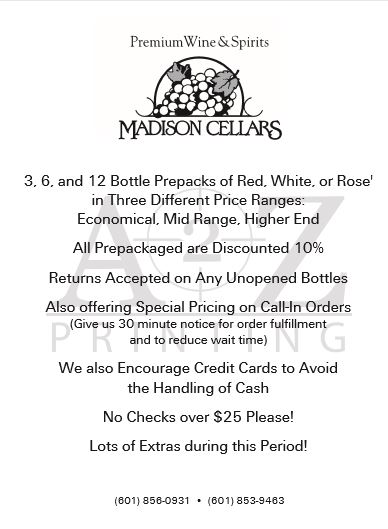